The XI International Tournament of Young Mathematicians was held in Barcelona (Spain) in July. Two teams from Belarus took part in it and earned golden and silver medals. Pupils of Gymnasium No.71 Alexander Pechenkin and Andrey Goncharenko (team Belarus-1) participated in this contest under supervision of the senior lecturer of the Department of algebra and geometry of Francisk Skorina Gomel State University Vyacheslav Murashko.

This year the tournament in Barcelona gathered 15 teams from 10 countries – Belarus, Bulgaria, Germany, Georgia, Poland, Russia, Romania, Thailand, Ukraine and France. International Tournament of Young Mathematicians is a rather elaborate event involving several stages: the organization committee develops and publishes 10 – 12 research problems, the teams are formed in various countries and their starting rating is determined. Participants have to prove their attainment level, surpass the opponents and analyze work of other contestants. It is worth mentioning that the contest is held in English. 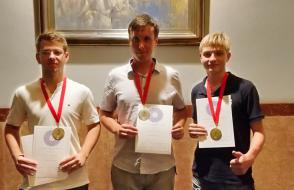 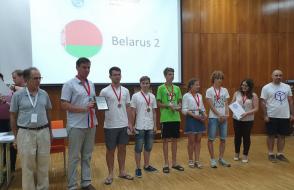 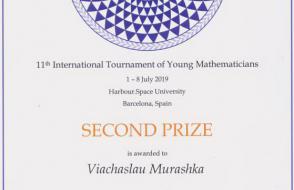 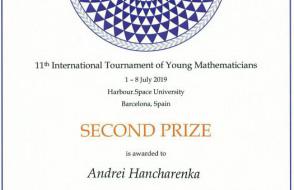 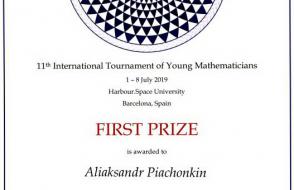