Gomel school of modern pentathlon. A look into the future

2019 World Modern Pentathlon Championship was held in Budapest (Hungary), where members of the national team Olga Silkina, Anastasia Prokopenko and Irina Prosentsova became winners in team competitions, and Olga Silkina, a graduate of Francisk Skorina Gomel State University, won the gold medal in individual competition and personal license for the 2020 Olympic Games in Tokyo. We are proud of the sports achievements of Gomel residents and confident in their further victories.

Representatives of the male junior team of the national team successfully performed at international competitions of the summer season. So, the European Championship in Modern Pentathlon among juniors, which was held in June in the Polish city Dzhonkov, became victorious for Belarusian athletes. Nikita Ivarovsky, Eugene Orel and Nikita Gornostaev climbed to the third step of the podium. In addition, Eugene Orel and Ivan Khamtsov won the men's relay, and Nikita Gornostaev, along with Ekaterina Sukora, won silver in the relay mix. A month later, in the same Polish city, the world championship in modern pentathlon (U-21) was held, which also ended successfully for our team. Belarusians became the second among 11 participating teams. 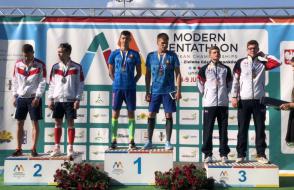 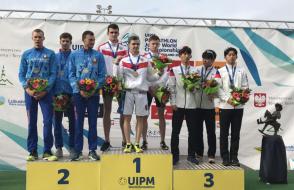 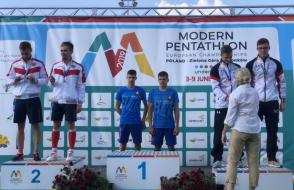 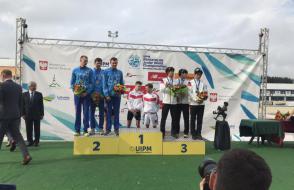